Penn Chamber is the university's chamber music program and consists of regular coachings of string quartets, piano trios, piano four hands, and other small ensembles. Rehearsals and coachings are coordinated between groups and their coach and repertoire includes works by Beethoven, Bartok, Schoenberg, Ravel, Shostakovich, etc. Spots are limited and acceptance is based on an audition. To get a better understanding of the program, including students' points of view, check out the feature on Penn Chamber on The Pennsylvania Gazette.

Thomas Kraines, a graduate of the Curtis Institute of Music and the Juilliard School, has gained renown as a versatile cellist, composer, and teacher. He performs around the world as the cellist of the Daedalus Quartet, and as a member of a duo with his wife, violinist Juliette Kang. He also plays with the Philadelphia-based Network for New Music, the Arcana Ensemble, and the improvisatory ensembles Great Blue Heron and Basquiat Blues.

Kraines’ solo cello and chamber compositions have been heard around the country. He has performed his own works in collaboration with artists such as Awadagin Pratt, Mimi Stillman, Maria Jette, Ilana Davidson. In February of 2021, he performed his Suite for Two Different Cellos with Kinan Abou-afach as part of an online performance at the Annenberg Center in Philadelphia, and his Hansel and Gretel was recorded by Kenneth Woods and the English Symphony Orchestra, with Henry Goodman narrating.

As a member of the Daedalus Quartet, Kraines has recorded the music of Joan Tower, Brian Buch, Anna Weesner, Vivian Fung, Fred Lerdahl, and George Perle, among others. He can also be heard on the recordings of music by Lori Laitman and Bernard Rands, both for Albany Records; John Musto, with Music from Copland House; and Shulamit Ran, with the Peabody Trio. His recent recording of Fred Lerdahl’s solo cello piece, There and Back Again, was released by Bridge Records in February 2020, as part of its survey of Lerdahl’s music.

Kraines studied cello with Frederic Raimi, Orlando Cole, and Joel Krosnick, and composition with Tom Benjamin. He lives in Philadelphia with his wife Juliette, and daughters Rosalie and Clarissa. 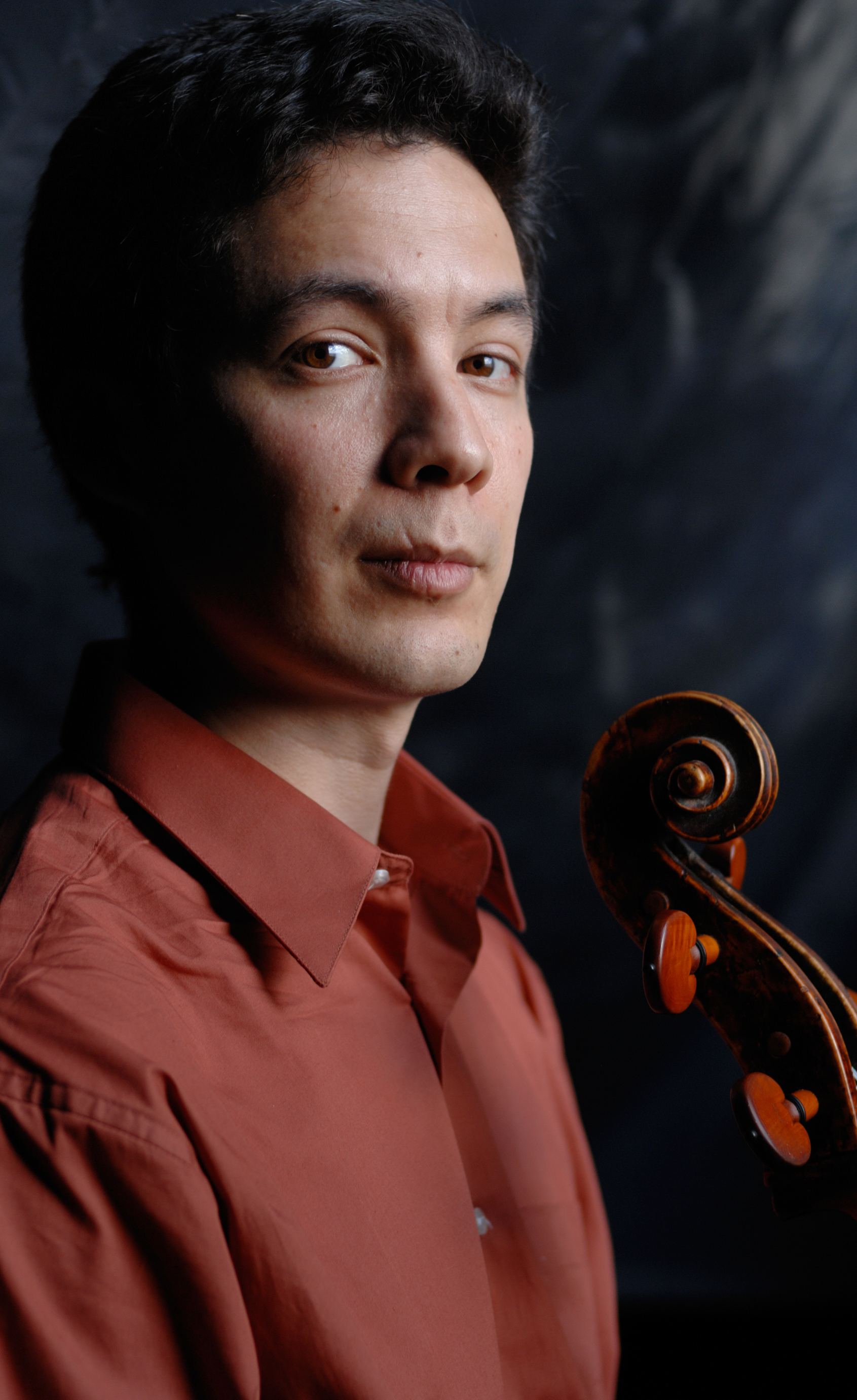 Violinist Guillaume Combet has been concertmaster of the Chicago Civic Orchestra under Daniel Barenboim and Pierre Boulez, performed concertos with the Chicago String Ensemble and Orchestre Symphonique de Tours, and has toured internationally with Les Virtuoses de France and the West End String Quartet. He has performed with the Chicago Symphony Orchestra and Lyric Opera of Chicago and performed on chamber music concert series including Dame Myra Hess Concert Series, Mostly Music, and Craftsbury Chamber Players. Guillaume studied with Gerard Poulet and graduated with a First Prize in violin and chamber Music from the Conservatoire National Supérieur de Musique de Paris in addition to The Juilliard School where he studied with William Lincer, Joel Smirnoff and Robert Mann. 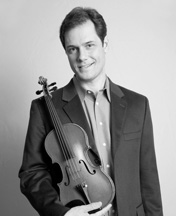 Pianist Yuko Izuhara Gordon captivated audiences throughout Europe, Asia, Middle East and the United States with her refreshing approach, powerful presence, and brilliant interpretation. Her New York debut at Alice Tully hall with the Juilliard Symphony under the baton of Otto Werner Muller established Mrs. Izuhara-Gordon as one of the most accomplished young pianists of her generation. In Japan Yuko graced the stages of Izumi Hall, Tsuda Hall, Luna Hall, Vienna Hall at Fuchu-no-mori Theater, Chofu Green Hall, and NHK Recital Hall in Tokyo, and was presented on NHK - FM Live Recital Broadcast. An active chamber musician, Mrs. Izuhara-Gordon, performed with her brother, violinist Takashi Izuhara in Japan, Europe and the United States since age 9. Most recently Yuko began collaboration with extraordinary young violist Victoria Voronyansky. Their inspiring performances and innovative programs have won over audiences around United States. Their debut recording is scheduled for release in the spring of 2007, and will be followed by an international concert tour during the summer. In Japan Yuko studied with Michiko Okamoto, Hidemitsu Hayashi, Mikhail Voskresensky, and Etsuko Tazaki at the celebrated Toho Gakuen School of Music. Triumphs at numerous competitions followed her early success, culminating with an award of the prestigious grant in 2002 from the Japanese Cultural Affairs Council, of which she was a sole recipient in Japan for two consecutive years. The grant fully funded Yuko's education at the world renowned Juilliard School. She soon became teaching assistant to the author, professor, Emmy-award winner, David Dubal. Yuko holds BM and MM degrees from Juilliard School where she worked with Joseph Kalichstein, Yoheved Kaplinsky, and Bartok's protégé, Gyorgy Sandor.

Michele Kelly is the flutist with Relâche, a respected ensemble for "downtown" new music. The group performs over thirty concerts annually, and presents in excess of six world premiere commissioned works each season. She has worked directly with many of today's most innovative composers in the creation of new works, including Guy Klucevsek, Leroy Jenkins, and Mark Hagerty. The New York-born, Houston-raised flutist is highly regarded as a clinician, ensemble coach, and studio teacher. In addition to her participation in the college house music program, Michele also continues her series of workshops, master classes, and recitals involving her own teaching studio. She received her M.Mus. from the University of Michigan, where she also earned a unique post-Master's Specialist degree in chamber music performance. Her teachers include Keith Bryan and composer/theorist/flutist Cynthia Folio. The daughter of noted abstract expressionist painter James Groff lives with her family in the Fairmount section of Philadelphia.

Jay Krush has a busy career as a performer, teacher, composer, and conductor. A founding member of the Grammy Award winning Chestnut Brass Company, he has performed on tour with that ensemble in all fifty US states, in Europe, Asia, Central and South America and on fourteen recordings. Mr. Krush is a long time faculty member at the Boyer College of Music at Temple University where he teaches tuba, euphonium and ensembles, including the Contemporary Music Ensemble, which he founded in 1997. He is also tubist with the Pennsylvania Ballet Orchestra. An active composer, he has written over seventy works for a wide range of media and has received grants and awards from the National Endowment for the Arts, the Pennsylvania Council on the Arts, the American Composers Forum and others. 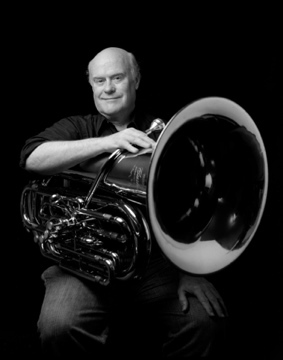 Samuel Lorber received his Bachelor of Arts degree in music from Swarthmore College, and both a Master of Music and a Graduate Diploma in saxophone performance from the New England Conservatory of Music. His principal studies in saxophone were with Kenneth Radnofsky and Charles Salinger. Mr. Lorber has played the major saxophone solos in the orchestral repertoire with ensembles including the Delaware Symphony, the Reading (PA) Symphony, the Boston Philharmonic, the New England Philharmonic, the Civic Symphony of Boston, the Wellesley (MA) Symphony, and Philadelphia's Orchestra 2001. In December of 1995, Mr. Lorber was one of 43 saxophonists world-wide to premiere John Harbison's San Antonio - Sonata for Alto Saxophone and Piano, giving what Harbison called an "excellent performance." He has also premiered or co-premiered works by Gunther Schuller, James Matheson, and John McDonald. He was formerly a member of the extension faculty at The Boston Conservatory, and has recorded for Albany, Centaur, Mode, and Neuma Records. 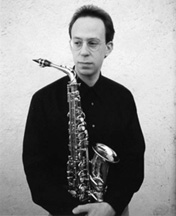 Adela Pena, tours the U.S., Europe and Asia with the Orpheus Chamber Orchestra, for which she has served as concertmaster, and recorded several CD's on Deutsche Grammophon. As a founding member of the Eroica Trio, she can be heard on seven CD's released by EMI and has received two Grammy nominations. She has appeared as soloist in the Beethoven Triple Concerto with notable orchestras worldwide, including the Chicago, San Francisco, Seattle, Cincinnati and Pittsburgh symphonies, as well as the Hong Kong and Budapest philharmonic and Prague Chamber Orchestra. As a soloist, she has played with the English Chamber Orchestra, performed at Carnegie Hall, the Sorbonne in Paris, and toured England, Italy and South America. She earned her Bachelor's and Master's degrees from the Juilliard School and studied with Felix Galimir and Harry Shub. Ms. Pena has participated in various summer festivals, including Ravinia, Caramoor, Bridgehampton, Monadnock and Central Vermont. 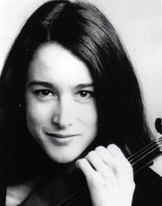 Michael Sheadel has performed in the United States and Europe as both soloist and collaborative pianist. A co-founder of the flute and piano ensemble The Hamilton Duo, he has also appeared as ensemble pianist with the Chestnut Brass Company, Encore Chamber Players, Philadelphia Virtuosi, Network for New Music, Orchestra 2001, and the Settlement Contemporary Players. An avid performer of contemporary music, he has participated in the regional and world premieres of numerous new works. His discography includes recordings with the Hamilton Duo, violinist Timothy Schwarz, composer Cynthia Folio, and Orchestra 2001. Dr. Sheadel earned degrees in piano performance from the Eastman School of Music, the Peabody Conservatory, and Temple University. In addition to the College House Music Program, he also teaches for the Main Line Conservatory, the Settlement Music School, and the Blue Mountain Chamber Music Festival.

Hailed by The New York Concert Review as "a magnificent artist and poet", pianist Amy Yang is a seasoned soloist, chamber musician, and teacher. Highlights of last season include debuts with Mansfield Symphony and Shenyang Conservatory Philharmonic, performances at MerkinHall, Carnegie Recital Hall, Kravis Center, among others.Recent highlights include debuts on Philadelphia Chamber Music Society series, Van Cliburn Tribute in Ft. Worth, and with the ensemble A Far Cry.At the Curtis Institute of Music, she serves as a Chamber Music Mentor, Program Director and piano faculty for its Young Artist Summer Program, and piano faculty the Chamber Music for Adult Musicians Program. Passionate about chamber music, she has collaborated with extraordinary musicians at Marlboro Music Festival,Ravinia Festival, Verbier Academy, Chamber Music Northwest, OK Mozart, and Newburyport Festival. Ms. Yang is a graduate of The Curtis Institute of Music, The Juilliard School, and The Yale School of Music. www.amyjyang.com 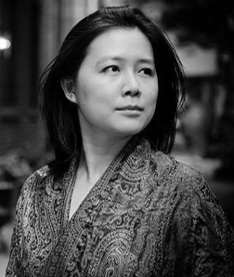