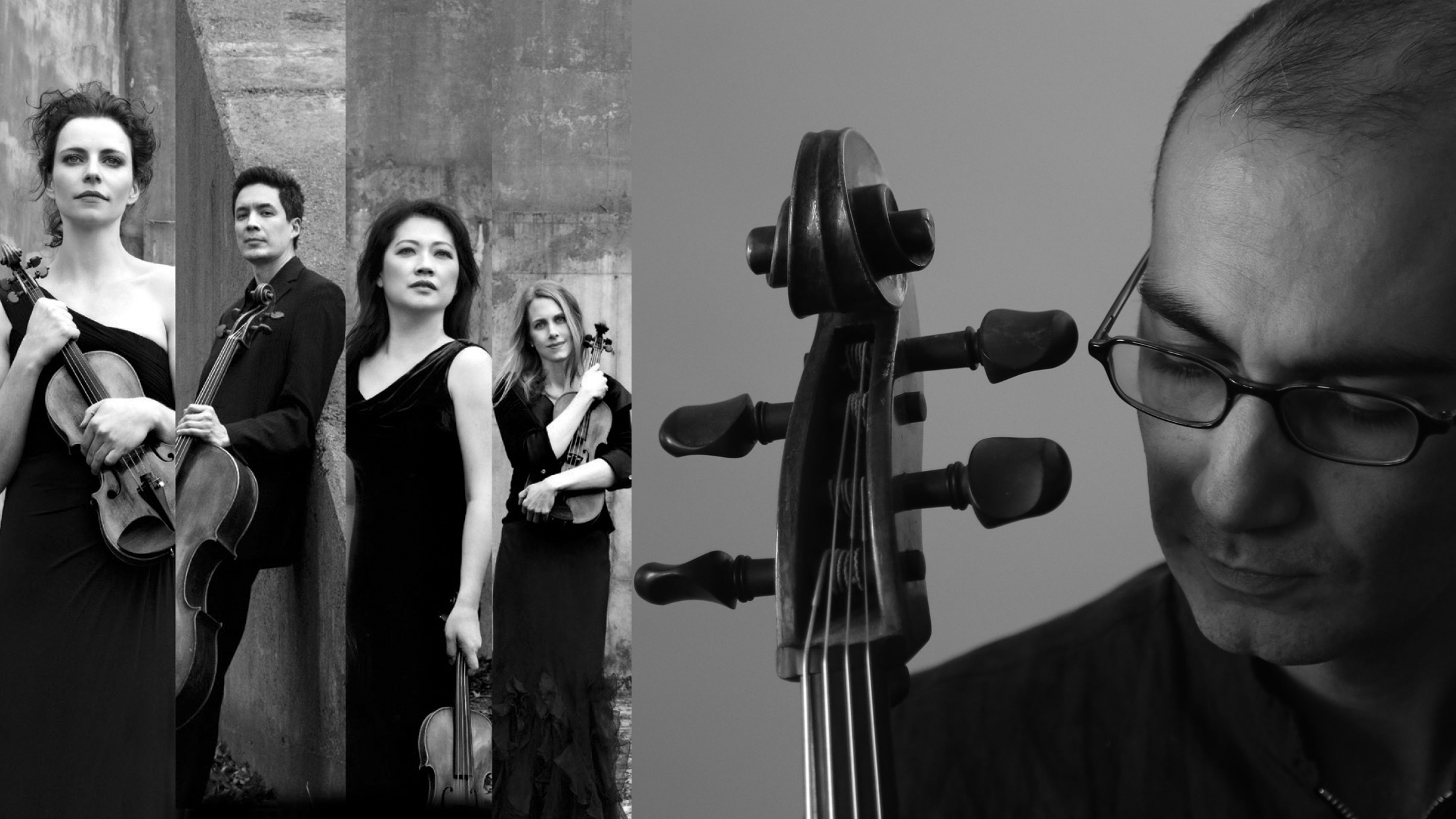 The Daedalus Quartet makes a long-awaited return to the stage at the Annenberg Center, presenting a diverse program of music from the 20th and 21st centuries. Joining the quartet for this concert will be Syrian-born cellist and composer Kinan Abou-afach, who will premiere his quintet Nomads with Daedalus.

This concert is free and open to the public.

Sponsored by the School of Arts and Sciences, the Middle East Center, and the South Asia Center.

The Daedalus Quartet has served as the University of Pennsylvania's resident string quartet since 2006. Internationally acclaimed as one of the foremost chamber ensembles performing today, the Daedalus Quartet has performed in many of the world's leading musical venues; in the United States and Canada these include Carnegie Hall, Lincoln Center (Great Performances series), the Library of Congress, the Corcoran Gallery in Washington, D.C., and Boston's Gardner Museum, as well as on major series in Montreal, Toronto, Calgary, Winnipeg, and Vancouver. Abroad, the ensemble has been heard in such famed locations as teh Musikverein in Vienna, the Mozarteum in Salzburg, the Concertgebouw in Amsterdam, the Cité de la Musique in Paris, and in leading venues in Japan. While at Penn, the Daedalus has also achieved renown for its investigations of the links between music and other fields of human endeavor, including neuroscience, literature, theater, and social dynamics. In addition to working closely with student performers and composers, the quartet also brings live music to the classroom at Penn, performing the great works of the repertoire and discussing their relevance to the modern mind. For more information on the Daedalus Quartet, please visit their website.

Kinan Abou-afach is a cellist, oud player, composer, and recipient of the prestigious Pew Fellowship in 2013. The Syrian-born musician began his musical studies at the age of seven studying at the Arabic Institute of Music in Damascus, where he eventually joined the National Syrian Symphony Orchestra and performed with the Middle Eastern Ensemble.