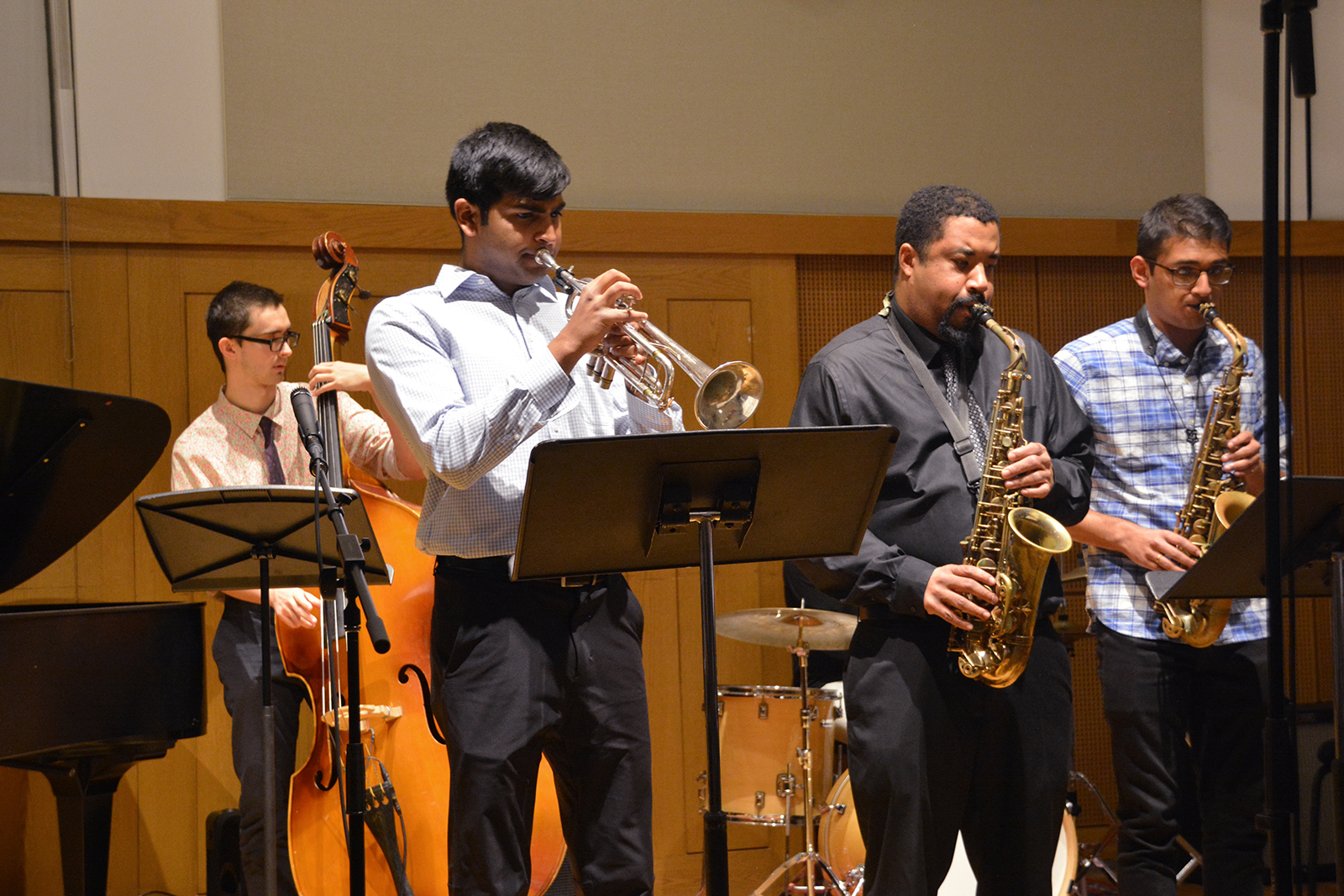 The Department of Music is pleased to present Penn Jazz Combos under the direction of Dr. Matthew Clayton.

This event is free and open to the public.

The Jazz Combos made their debut in 2005. Students audition and are then assigned a small group. Through coachings with professional instructors, they develop ensemble and improvisational skills in a variety of jazz styles. In addition to Music Department-sponsored performances, members of Jazz Combos often have other performance opportunities around the Penn campus. Jazz Combo performances are generally held in Rose Recital Hall.

The Penn Jazz Combos feature music from the entire history of jazz, from the early 20th century to the present.  All styles - from swing, to bebop, to fusion - are represented.  In addition, students  compose original compositions that are featured in the recitals as well.  The combos are a platform for student jazz musicians of all levels to express their love for and knowledge of jazz music in all of its many forms.