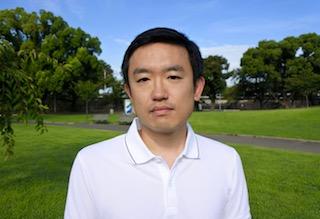 His article entitled "On the Genealogy of Kokujin: Critical Thinking about the Formation of Bankoku and Modern Japanese Perceptions of Blackness" appears in Japanese Studies.

Abstract: This article examines how Japanese perceptions of blackness and modern knowledge about bankoku (myriad lands) were formed in early modern Japan. From about the mid-seventeenth century until the mid-nineteenth century, Japanese intellectuals absorbed the Western sciences, technology, and medicine through contact with the Dutch in Nagasaki. This field of study is called rangaku (Dutch studies). In this context, the Japanese intellectuals expanded their knowledge about the world – specifically, geographical spaces and numerous races. During this process, they shaped their ethnic and racial stereotypes, including racist ones about black Africans. The idea of black inferiority became deeply embedded into Japanese geographical and anthropological knowledge. I use Michel Foucault’s idea of ‘genealogy’ as an analytical framework for a diagnosis of the current condition. My genealogical investigation of the concept of kokujin (blacks) reveals the historical processes in which Japan’s indigenous, pre-contact sangoku (three-land) cosmology became invalidated and marginalized from modernist discourses on bankoku. This approach enables a critique of modernity itself, which has been associated for centuries with global distributions of various forms of Western knowledge and power – those upon which our present-day practices and discourses still depend.