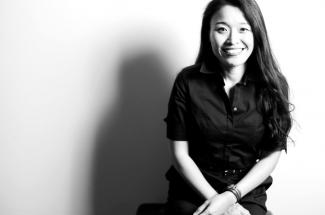 "The works [the twelve residents] plan to create or develop while in residence at Copland's National Historic Landmark home are variously inspired by American, European, and Asian history and culture, contemporary social issues, and the intersections of music, literature, science, and math; they run the gamut from solo instrumental and small ensemble to chorus, symphony, and jazz orchestra.

The new Residents were selected out of 82 applicants from 26 states, the District of Columbia, and two foreign countries by this year’s eminent composer jury of two-time Copland House Resident PIERRE JALBERT, former Manhattan School of Music President ROBERT SIROTA, and Guggenheim Foundation Fellow DALIT WARSHAW. This brings to nearly 175 the number of residencies hosted by Copland House since its flagship composers’ program was launched 20 years ago this fall.

We celebrate the artistic accomplishments of all of these marvelous composers, and eagerly look forward to being excited, challenged, provoked, and moved by the music that will emerge from their time at Copland House!"

Learn more about the rest of the winners here>>>