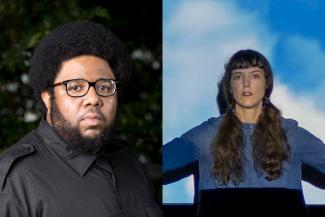 The Department of Music is delighted to announce that Natacha Diels and Tyshawn Sorey will be joining our faculty this Fall. Natacha Diels, a founding member of the innovative ensemble, Pamplemousse, describes her compositional practice as combining “choreographed movement, improvisation, video, instrumental practice, and cynical play to create worlds of curiosity and unease.” Her compositional vision focuses on integrating visual arts, installation, and sound art, and exploring collaboration, irony, and whimsy as useful and productive spaces for musical reflections on the human condition. Tyshawn Sorey, a MacArthur Fellow in 2017, combines his skills as a multi-instrumentalist with his radical vision for composition. Working at the intersections of improvisation and composition, exploring the limits of virtuosity, and creatively rethinking the possibilities and limits of art music and jazz, Sorey performs and composes across boundaries. Sorey also mobilizes his music as a platform for political and social commentary. We are beyond thrilled to welcome Natacha and Tyshawn to our community this Fall. 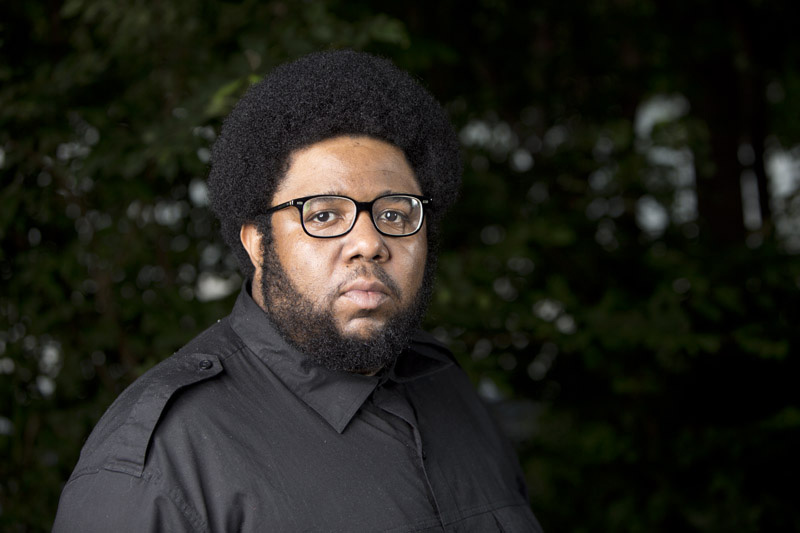 Sorey is a creative artist whose work is impossible to categorize. He has maintained a lifelong interest in establishing an alternative musical model that celebrates genre mobility as an artistic ideal and a compositional attitude, both within and outside of the improvisation-composition continuum. As an artist whose creative output has been rendered “unpredictable to the point of unnerving” (The New Yorker), Sorey’s written and spontaneously composed works can range from lyrical, expressive content to slowly unfolding, barely inaudible sonorities and gestures. Moreover, his music can also contain raucous, maximalist structures that are influenced by noise, death metal, and fast-paced improvisations. Finally, his music also largely deals heavily in multiple streams of black American music – including improvisation and groove-oriented vernacular musics – as well as West African, Afro-Cuban, and Asian folkloric, ritual, and ceremonial traditional musics and practices.

Tyshawn Sorey was recently named a 2018 United States Artists Fellow and a 2017 MacArthur Fellow. Among other honors he has received include two grants from the Shifting Foundation, a Robert Rauschenberg artists residency, a performance residency at The Kitchen the Doris Duke Charitable Foundation Impact Award, two residency grants from the Jerome Foundation in partnership with Roulette Intermedium, a residency at the 17th annual Other Minds Festival, and a Van Lier Fellowship. 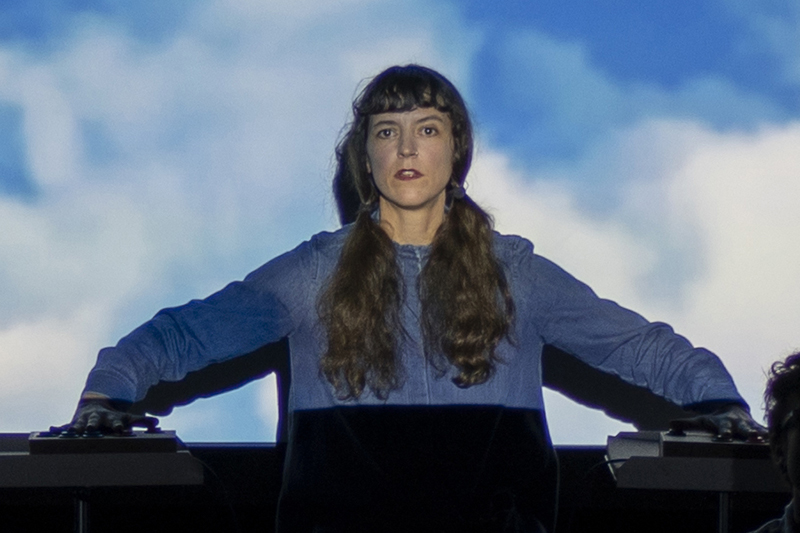 Natacha Diels’ work combines choreographed movement, improvisation, video, instrumental practice, and cynical play to create worlds of curiosity and unease. Recent work includes Papillon and the Dancing Cranes, for construction cranes and giant butterfly (Borealis Festival 2018); and forthcoming is a 6-part TV-style miniseries with the JACK quartet (TimeSpans Festival 2020) and a collaborative work for shadowed audience with Ensemble Pamplemousse (Darmstadt 2020). With a focus on collage, collaboration, and the ritual of life as art, Natacha’s compositions have been described as “a fairy tale for a fractured world” (Music We Care About) and “the liveliest music of the evening” (LA Review of Books).

Notable commissions include those from Borealis Festival for the aforementioned crane opera; the Fromm Foundation for an upcoming work for Talea Ensemble (2021); Nadar Ensemble for Darmstadt International Summer Institute [performed installation: I Love Myself Fully and Unconditionally] (2018); the Los Angeles Philharmonic for the green Umbrella Series [Laughing to Forget] (2018); and Deustchland Radio Kultur in Berlin for Ensemble Adapter [Sad Music for Lonely People] (2019). Other major activities include being chosen as artist-in-residence for Harvestworks in partnership with MATA festival (summer 2019) and a release by Ensemble Pamplemousse on which Natacha is featured as composer, performer, and video producer (Lost at Sea, TAK Editions 2019). Natacha’s work has been performed globally by Ensemble Adapter, Ensemble Intercontemporain, Nadar Ensemble, hand werk, Ensemble Decoder, TAK Ensemble, Quatuor Impact, JACK Quartet; and soloists Jay Campbell, Laura Cocks, Samuel Favre, Ross Karre, Rane Moore, and Charlotte Mundy, among others. She has created several short films and music videos which have been screened in Denmark, NYC, Chicago, Budapest, and Hungary.