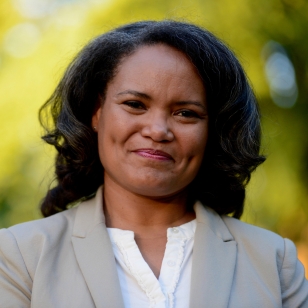 Prof. Smith teaches at the Jacobs School of Music (Indiana University Bloomington), and is the author of Dreaming with Open Eyes: Opera, Aesthetics, and Perception in Arcadian Rome (2019).

The event will take place in room 102 of the Music Building (Lerner Center, 201 South 34th Street) on Tuesday February 18 at 5:15. Reception will follow.

The title of Prof. Smith's talk is:

Below please find an abstract.

Please note that on Monday 2/17 Prof. Smith will participate in the class Musc 230 (Baroque Opera from Monteverdi to Gluck) taught by Prof. Calcagno, in room 210, second floor. During the first half of the meeting, i.e., from 2:00 to 3:30, Prof. Smith will read a paper entitled

Race and Representation in Baroque Opera

which will then be discussed with the students enrolled in the class (which will then resume at 3:30). Everybody is welcome to join this public part of the class (2:00-3:30) and to participate in the discussion. Please let however Prof. Calcagno know in advance if you intend to join (email: mauroca at sas.upenn.edu).

Within the Accademia degli Arcadi—founded in Rome in 1690 to reform Italian literature, poetry, and drama—new definitions of verisimilitude altered the relationship between text and representation. The esteemed members of this academy who established the new Arcadian aesthetic ideals, particularly the literary historian Giovanni Mario Crescimbeni (1663-1728) and the philosopher Gianvincenzo Gravina (1664-1718), privileged images over sound in their definitions of truth and falsehood. According to Crescimbeni, poetic sound could only “please the ear,” providing exaggerated and disappearing sonic traces, whereas literary images could transmit either truth or falsehood. Permanently stored in the imagination, and processed by the intellect, images initiated a perceptual process. According to Gravina, it was the poet’s task to use the proper style, tone, and diction to clothe his text in imagistic colors, and it was the reader’s task to engage in visual perception and proper intellectual judgment to decide whether the representation was truthful. Confronted with true images, the reader (or audience, in the case of opera or drama) would experience a sublime catharsis, allowing for continual and reciprocal experience of the narrative akin to “dreaming with open eyes.” If untrue, the reader would experience a “bitterness of the senses,” leading to criticism and causing disjunction between text, representation, and perception. While Crescimbeni and Gravina articulated these ideas in the late seventeenth century, their Arcadian colleagues Lodovico Antonio Muratori (1672-1750) and Antonio Conti (1677-1749) continued to circulate similar arguments, solidifying the primacy of images as markers of truth in the early Italian Enlightenment.

Such Arcadian dialectics between sound and image provide valuable theoretical approaches to operatic representation, but also create two additional problems: 1) if images are central to verisimilar dramatic representation, what is the role of musical rhetoric in conveying text and meaning in dramatic music; and 2) how do viewers of opera and drama reconcile the difference between reality and illusion? My working paper will address both problems, using examples drawn from science, philosophy, art, and music to explore the problematic intersections between images, truth, fiction, and falsehood in Arcadian Rome.

While members of the Accademia degli Arcadi were developing imagistic paradigms for truthful representation in literature, their scientific colleagues in the Accademia fisico-matematica were developing principles of observation and empiricism that would become the cornerstone of Englightenment science. However, all was not well in these endeavors. The publications of scientists such as Giovanni Giustino Ciampini, Carlo Antonio Tortoni, and Marco Antonio Cellio—all astronomers who experimented with ocular devices—indicate resistance and mistrust of visual evidence not only among other scientists, but also among the broader public.

My paper will analyze three examples originating in Rome, each demonstrating how late seventeenth- and early eighteenth-century intellectuals engaged with, but also questioned, the veracity of visual inquiry. A “fake news” item, declaring the existence of a “comet-marked egg” as evidence of the Great Comet of 1680, reveals how quickly and readily false images circulated in scientific journals—using mechanisms not far distant from those contributing to today’s social media environment. The artist Andrea Pozzo asserts visual credibility through linear projections in his Perspectiva pictorum et architectorum (Rome, 1693), which uses images to explain his novel geometric and mathematical approaches to fictive architecture. The composer George Frideric Handel uses text and music to question the veracity of reflected mirror images in his oratorio Il trionfo del Tempo e del Disinganno (Rome, 1707). Contextualizing my discussion with the philosophical and literary definitions of truth, images, and perception, originating in both the Accademia degli Arcadia and the Accademia fisico-matematica, I will demonstrate how distortion enabled both the metaphorical “image of truth” while often—and sometimes simultaneously—“deceiving the eye.”